Vooks is getting into the Halloween Spirit with a Spooky Season Collection, comprised of six fun animated shorts, available now on the platform.

Highlights Include Halloween At The Zoo, Happy Howloween, Monster, Be Good! & More, as well as Themed Graphics and Iz & Norb Dressing Up in an Assortment of Fun Costumes 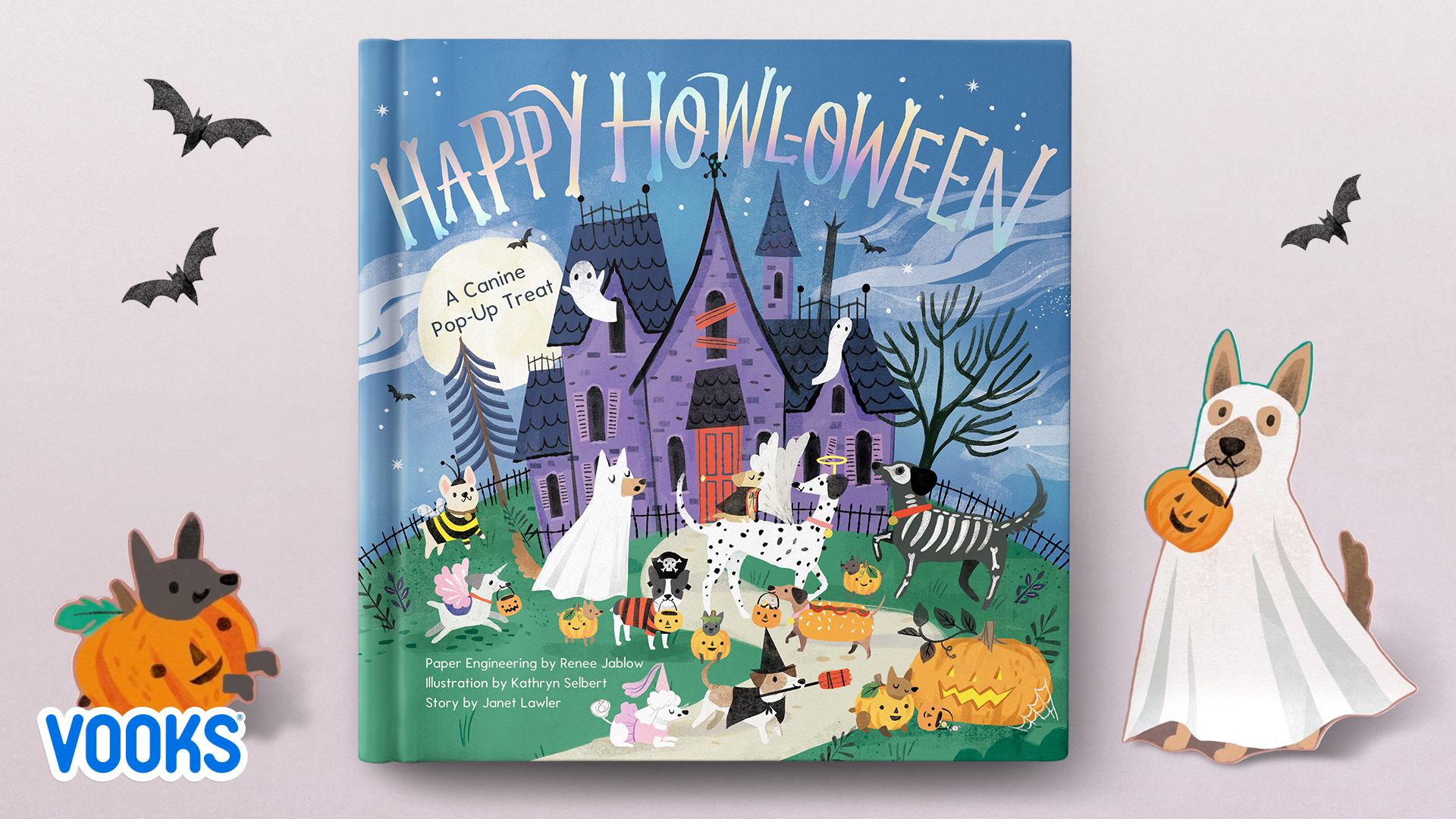 Vooks, the world’s first and only streaming platform (SVOD) bringing storybooks to life through animated video shorts, gets into the Halloween spirit in a family-friendly event. All shorts have been curated under the Spooky Season Collection on the platform.

With an emphasis on sillyand spooky, Vooks’ Halloween lineup puts the spotlight on six storybook animated video shorts showcasing all the fun of the Halloween season. Featured titles of the shorts include a pair of Jumping Jack Press pop-up fables with Halloween At The Zoo where a colorful collection of elephants, flamingos, hippos, and more get decked out for a night of trick or treating at the zoo; and Happy Howloween, capturing a costumed canine crew as they cavort around the neighborhood on Halloween night. Other highlights include Familius’ spellbinding sing-along If You’re Scary And You Know It and Monster Train, which helps young trick-or-treaters learn their ABC’s; a young ghost named Boo who learns to be brave with some help from his friends in Ghost Afraid Of The Dark from Rainstorm; and the Blue Apple Books offerings Monster, Be Good!, which teaches young readers how to put mischievous monsters in their place, and the creature counting tale Monster Needs One More! which launches in mid-October.

The event is presented by lovable monstertwosome—and inseparable best friends—Izand Norb, whom young readers may recognize from the popular Where Are You? storybook by Jonathan Sundy, as well as from their successful stint co-hosting the virtual summer reading spectacular Camp Vooks. Iz and Norb will be on-hand throughout the month, playing dress-up in an adorable assortment of costumes that finds Iz as a crab, dinosaur, luchador, and more, with Norb as a baseball player, superhero, and cowboy, among others.

“Vooks is proud to present a curation of wholesome hijinks with our special collection of Halloween animated storybook shorts,” said Shannon Bex, Vooks Chief Communications Officer and Co-Founder. “Young readers will love Iz and Norb, as they show off their creative costumes and set the tone for charming tales capturing all the fun of the Halloween season.”

Join in on the social media conversation on Twitter @Vooks as well as the hashtag #SpookySeason.

Check out Video Excerpts Below for Ghost Afraid of the Dark and Happy Howloween.